L-Theanine is an amino acid found in green tea that is known to reduce stress. Its chemical structure resembles glutamic acid, which interferes with the function of glutamate; an excitatory neurotransmitter, and L-theanine reduces that excitatory effect and causes relaxation.

L-theanine is a natural amino acid, often called the “natural xanax”. It almost only exists in green tea leaves. It works brilliantly in unwinding and relaxing the body and brain without causing drowsiness, while reducing stress and increasing cognitive function. Due to not causing drowsiness, it is the perfect choice to combine with stimulants of any sort to take the edge off.

L-theanine is a relaxing, non-sedating amino acid that is synergistic with stimulants to ‘take the edge off.' Especially with coffee, it synergizes so well resulting in clean energy, furthermore preventing the nasty caffeine crash that many people experience after caffeine intake. It is also useful on its own, promoting relaxation and minimizing stress without causing drowsiness. A combination of L-theanine with caffeine at a 2:1 ratio is increasing in popularity as a remarkably synergetic combination that boosts cognition and attention.

It is an amino acid that naturally exists in green tea leaves as its main active ingredient, and that is the only source that provides it. It is famous for its fantastic nootropic features such as improving memory, expanding learning capacity, as well as providing a calming, zen-like effect.

L-Theanine, for the most part, is a relaxing but not sedating amino acid that is synergistic with stimulants such as caffeine as it can ‘take the edge off'. It is effective by itself in the standard supplemental dosages as well, and although it can be attained via a diet high in green tea ingestion that is the only dietary source of L-Theanine. – Examine.com

L-Theanine has also been in the list of 6 best natural nootropics as second to caffeine.

What Are L-Theanine Benefits?

A review by researchers of a small set of trials concluded that there are benefits of L-theanine in reducing acute stress and anxiety in people with stressful conditions. [R]

Oral intake of L-theanine in rats at feasible dosages reduces circulating biomarkers of stress with or without an actual stressor being present. Therefore, it reduces the adverse effects of stress such as memory impairment. Reductions of perceived stress reported in human subjects given oral theanine at the standard dosages. [R] [R] [R]

In a 16-week long study on individuals with mild cognitive impairment, supplementing with l-theanine shows an improved delayed recognition as well as immediate recall comparing to those receiving a placebo during a mental exercise. Furthermore, attention span and alertness levels increased during the memory test. [R]

Theanine enhances sleep quality. In a study measuring sleep time with individuals supplementing with L-theanine, sleep time increases by 11 and up to 21%, therefore making it a valuable compound for achieving better nighttime sleep. [R]

In a study using the model organism C. elegans, L-theanine shows to promote longevity and promote healthy and increased lifespan. Due to those findings, the study suggests that the compound might have similar effects on mammals and humans. [R]

Theanine is proving to be a great agent in promoting relaxation without the accompanying effect of drowsiness. The company developing ‘suntheanine', l-theanine supplement, won the 1998’s Food Ingredient Research Award for the outstanding research and findings. [R]

Theanine and caffeine are typically found together in tea. A combination of caffeine and theanine together significantly improves alertness, reduce fatigue, and improves task-switching accuracy.

High dose caffeine (250 mg, equivalent to 2.5 cups of coffee) has some negative effects, such as jitters and increased blood pressure. Theanine was able to mitigate the increase in blood pressure.

“L-Theanine decreases the negative and jittery effects of caffeine in rats.

However, human studies found that L-Theanine helps reduce caffeine jitters, although the changes were not significant.

L-Theanine changes the pharmacological profile of caffeine in humans, as the combination of caffeine and L-Theanine have somewhat different cognitive enhancement effects. ” – Selfhacked

Large studies in humans have not been undertaken; however, several smaller-scale studies (fewer than 100 participants) have shown increased alpha wave generation and lowered anxiety, along with benefits to sleep quality in people with ADHD. [R]

How Does L-Theanine Work?

L-theanine has a comparable chemical composition to glutamate, an amino acid that assists in the transmission of nerve impulses in the brain. Thereby, providing a host of benefits for the mind. It has a remarkable ability of crossing the blood-brain barrier, which means that it reaches the brain directly. Furthermore, it has positive effects on stress levels proving to increase both dopamine and serotonin levels in brain; which are two of the brain’s feel-good chemicals. Green tea is known to be effective at helping people relax due to the positive impact on those neurotransmitters.

Theanine is an antagonist of the NMDA receptors (albeit with fairly weak efficacy) and can inhibit synaptic release of glutamate via blocking the transporter competitively. Theanine may also reduce glutamate levels, but this is also a fairly weak mechanism requiring a high concentration of theanine – Examine

How to Take L-Theanine?

The effective l-theanine dose is 200mg. For optimal nootropic results, take l-theanine with caffeine (coffee or supplement, whatever suits you) at a 2:1 ratio. As a stack, it would be:

For those interested, you can actually purchase a supplement pre-made that has 200 mg Theanine & 100 mg Caffeine pressed into one capsule. I've personally used and still use Nootropic Depot's.

Note: if you have anxiety or hypertension, you may want to skip caffeine entirely as it aggravates the symptoms.

Experimenting is the best way to find out how you react to it.

What Are L-Theanine Side Effects?

L-theanine is very safe as very high doses have failed to cause toxicity. However, that doesn't mean you should go for such high dosage. (R]

L-theanine is exceptionally reliable. Furthermore, it is classified Generally Recognized as Safe by the  FDA in the US.

L-Theanine is a natural safe amino acid offering many benefits. It's a popular choice for individuals wanting a simple and effective way to boost their mental performance. Alone, with caffeine, or even with an advanced nootropic stack; L-theanine is worth trying.

What is L-Theanine and how does it work?

L-theanine is one of the main psychoactive constituents of green tea (camellia sinensis) generally used as a dietary supplement to promote relaxation, lift mood, and reduce anxiety without sedation. Beyond that, it's been shown to generate creativity and higher learning via the ability to ignore distracting information during complex tasks. Now the science: L-theanine induces a calm state of mind by promoting alpha waves in the brain, and has been shown to increase dopamine, GABA, and glycine levels in various areas of the brain, as well as modulate BDNF (Brain derived neurotrophic factor) and NGF (Nerve Growth Factor) levels. In fact, in one recent animal study l-theanine consumption was associated with about a 25% increase in BDNF and about a 100% increase in NGF in the hippocampus. L-Theanine has structural similarities to glutamine and both neurotransmitters that are produced from it (GABA and glutamate) help balance and maintain stress levels while maintaining a state of wakeful relaxation. Lately, L-theanine has been growing in popularity due to its synergistic effects with caffeine to help boost focus. Systematic reviews show that L-theanine significantly mitigates the anxiety inducing side-effects of caffeine to create a balanced focus.

Should I take L-Theanine every time I drink coffee? Are there any adverse effects from long-term L-Theanine usage?

Yes, and no. Let me explain. L-Theanine is a phenomenal compound when mixed with coffee, due to the stacking of effect, as well as the reduction in some of the negative effects of caffeine itself. For example, in my biohacking course The Alchemist’s Guide To Biohacking, I talk about how I stack coffee blended with grass-fed butter, coconut oil, MCT, L-Theanine, macadamia or almond butter, and sometimes raw honey almost every single morning. It’s a part of my daily routine, and probably my most favourite (and definitely tastiest) part of it, if I have to choose one. However, like all compounds I take on a regular basis, I try to observe a 6/1 or 6/2 cycle with them, meaning six weeks on, then one or two weeks off, depending on the compound. This is to reduce dependency, as well as ensure my body isn’t getting used to the effects, resulting in me possibly having to take more. I’m currently in an off phase now with pine pollen, one of my go-to herbal supplements to boost my testosterone levels. With L-Theanine, I tend to take a week off at the same time I give myself a week off from coffee/caffeine, as it helps to do both at the same time for me.

Has anyone used L-Theanine as a meditation aid?

When you take L-theanine your thinking will seemingly slow down considerably, but you are not fully conscious when L-Theanine is in your bloodstream. It shuts off certain areas of the brain and limits the bandwidth of brain waves to predominantly alpha waves (1). Full meditative consciousness requires great brain wave bandwidth from delta – to high gamma waves and full activity of the neurotransmitter systems. It is best to meditate completely sober, then your brain will adapt properly to fully receive consciousness. Theanine is beneficial though, after it has metabolized by the body. It acts like an adaptogen and increases strength of brain. Your alertness increases 24 h after consumption and meditation is easier for 48 h. This is because brain have adapted to the presence of L-theanine, and once it has been metabolized, the brain neurons will fire with greater intensity, until brain is again adapted to absence of L-Theanine. L-theanine, a natural constituent in tea, and its effect on mental state.

Where can I buy L-Theanine in Dubai?

You can buy L-Theanine 200mg Capsules as well as many other Nootropics in Dubai from the shop page. 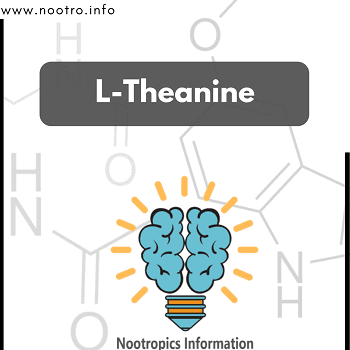