Lemon balm, balm, common balm, or balm mint, is a perennial herbaceous plant in the mint family Lamiaceae and native to south-central Europe, the Mediterranean Basin, Iran, and Central Asia, but now naturalized in the Americas and elsewhere. It grows to a maximum height of 70–150 cm.  Wikipedia Overview What is Lemon Balm? Lemon balm […]

Ashwagandha is a powerful and popular natural nootropic offering many health benefits. Especially on its ability to eliminates stress, anxiety, and reducing depression symptoms. It boosts testosterone levels, supports muscle mass, reduces body fat and increases strength and performance. Overview What is Ashwagandha? Ashwagandha (also known as Withania somnifera) is an excellent herb in Ayurvedic medicine. It […]

What is Aniracetam? Aniracetam (systematically known as N-anisoyl-2-pyrrolidinone, and trade names Ampamet, Memodrin, and Pergamid) is an invention from the 1970’s which has been since standing as one of the most popular racetams. It is more potent than Piracetam, the original racetam that led to the invention of the large family of racetams that exists today. However, Aniracetam […]

Verified by Dr. Sundru M. Devi. M.D. Microbiology, PhD Biotechnology, January 28, 2020 Phenibut is a a GABAergic agent that works on the GABA neurotransmitter distinctly reducing anxiety. It also lessens depression, and PTSD symptoms, improving sleep, and providing an overall feeling of ease and well-being. Due to the euphoric-like effects it offers, users prefer to stick […] 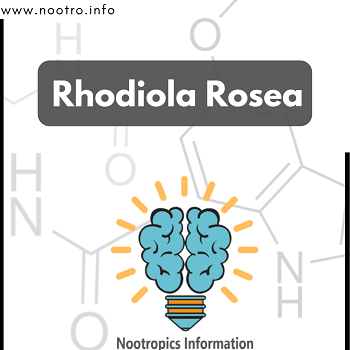 Rhodiola Rosea is a naturally growing flower plant from the wild Arctic regions of Europe, widely used in Chinese, Scandinavian and Russian traditional medicine. It is believed to be the perfect remedy for fatigue and burnouts. Moreover, Rhodiola is useful for the brain; protecting it from toxin damage as well as boosting memory and productivity. […]